With this inked bad-boy LatinBoyz brings us their next Colombian newcomer called Grueso, which is Spanish and means thick.

Well, let’s hope that one day, all these young macho boys find out how much fun it can be to take a cock up your ass. But until then, we will enjoy watching them being top only.

Like so many other guys his age, Grueso has lots of ink on his body. On his arms, shoulders and neck. And that huge shoulder/neck tattoo sure looks amazing.

Like the other hot Colombian models on LatinBoyz, Grueso was discovered by VeoVerga. Luckily this time, he also made video in addition to taking pictures. Sadly, there is no preview clip. So to watch Grueso in action, you have to join LatinBoyz. 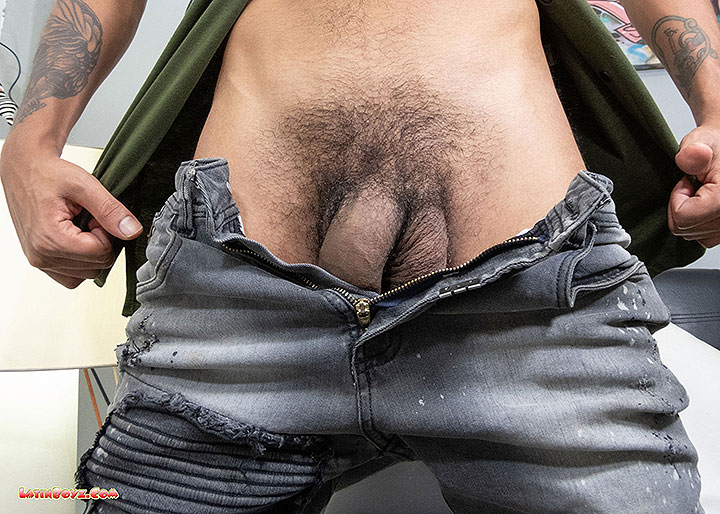 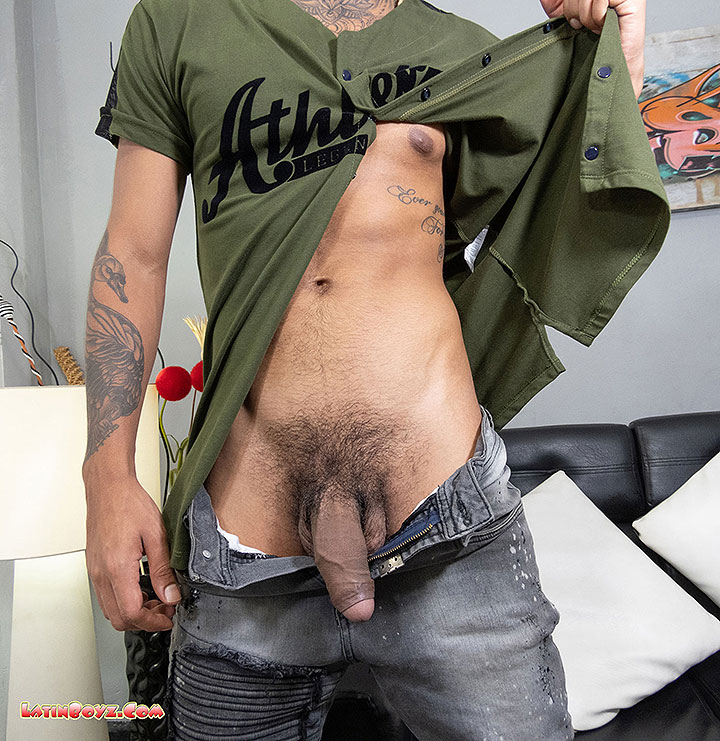 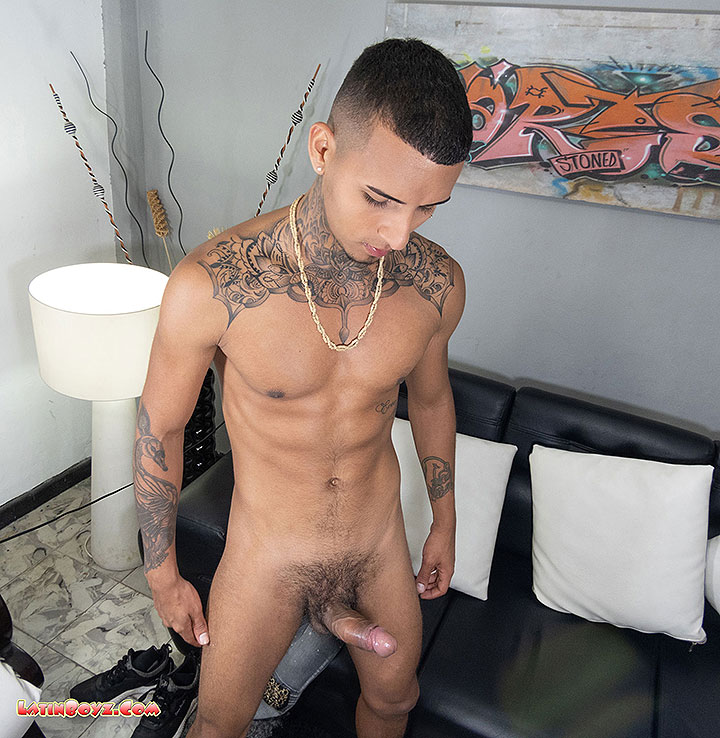 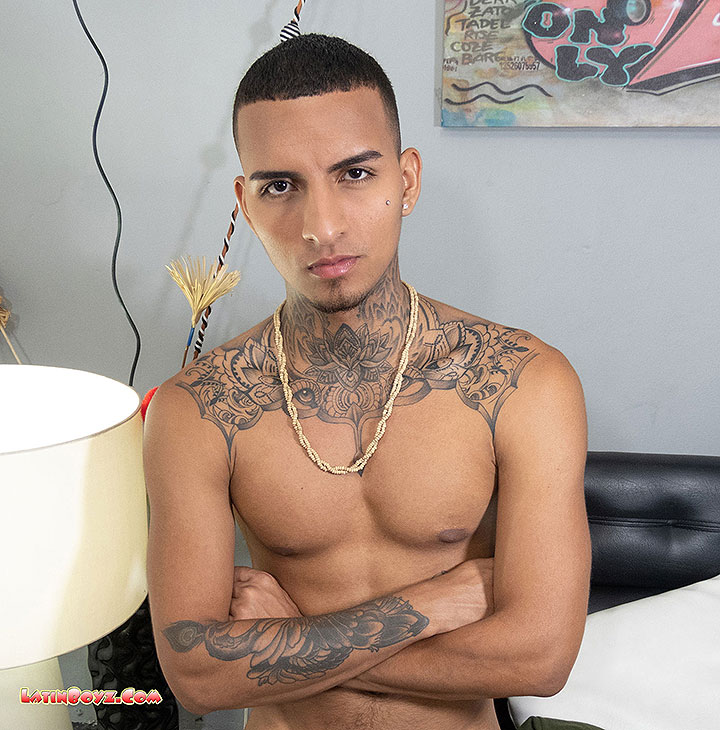 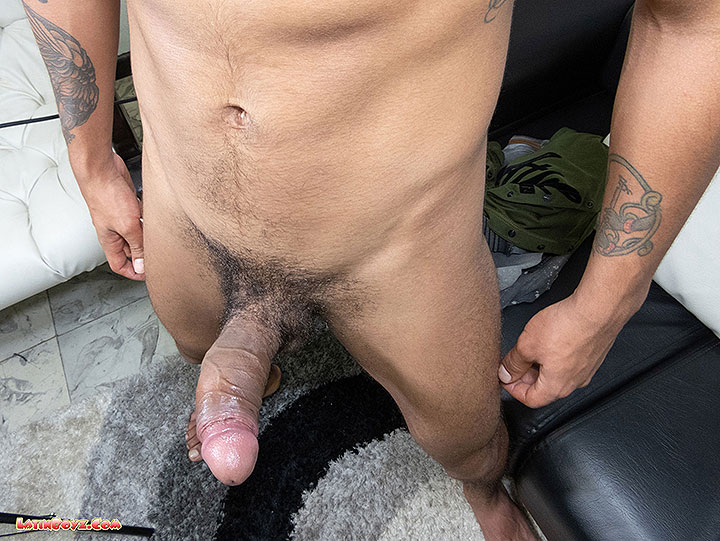