Petr Zuska and his buddy Igor Tapak go for a run on a sunny summer day. After a while they stop at a big tree and do some exercises. It’s a hot day and they both only wear wide running shorts. They do some jumping jacks and we can see their big dicks bouncing up and down in those loose shorts.

Then Igor climbs a rope on the tree and shows off his great little muscle butt. Igor is impressed by the boy’s lean body and strong arms. Petr is in his mid-20s, while Igor is in his late teens.

The boys continue their run and decide to take a break on a meadow in the shade. They start to admire each other’s hot bodies again and soon they are making out.

Petr continues kissing the boy all over his body and slowly works his way down his chest and abs to the shorts. He pulls Igor’s big uncut dick out and starts sucking him.

The action gets more intense. Igor and Petr are lying on top of each other for a hot 69er, sucking each other’s cocks. Then Petr bends his boy over a fence and rims his smooth tight hole, sliding a few fingers up there to open him up.

Igor Tapak was introduced this May. So far, he’s been exclusive to WilliamHiggins and their kink devision Str8Hell. And somehow, this lean young jock always ends up bottoming in his hardcore scenes.

Petr Zuska was also discovered by WilliamHiggins back in 2014 together with his (twin) brother Romi. He has worked for many different studios since then, even a short while for BelamiOnline where he and Romi were the Belucci brothers. 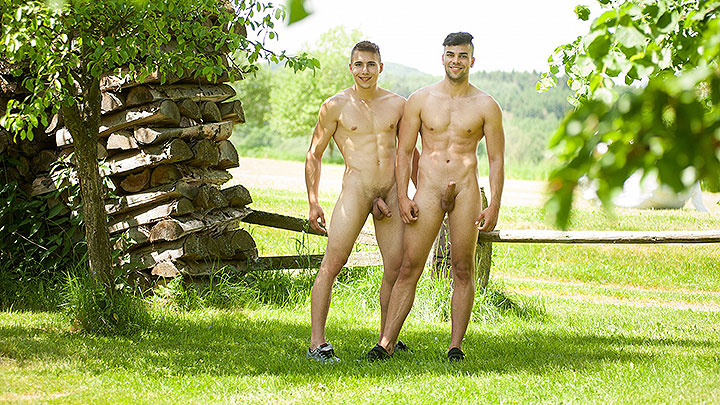 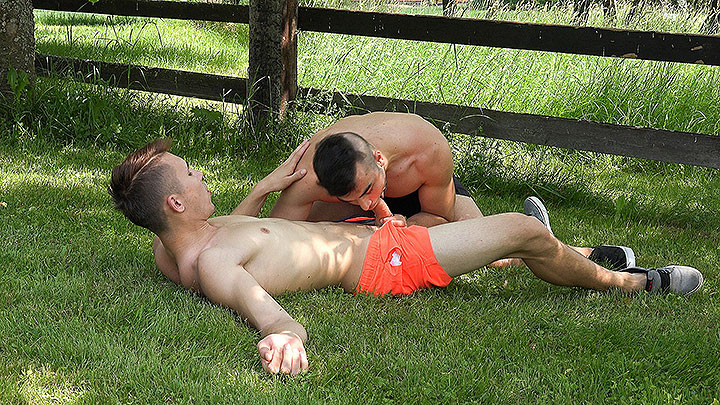 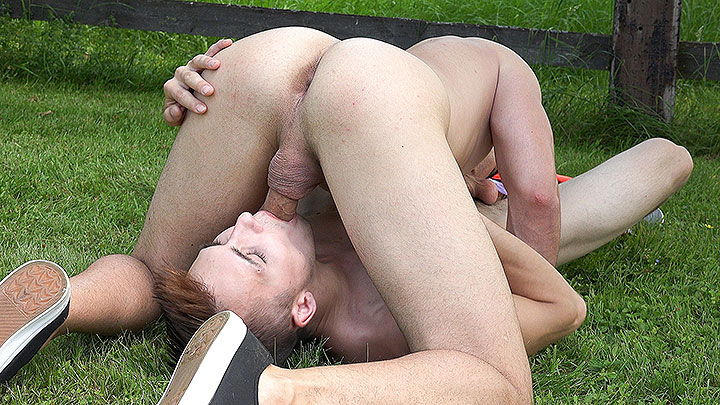 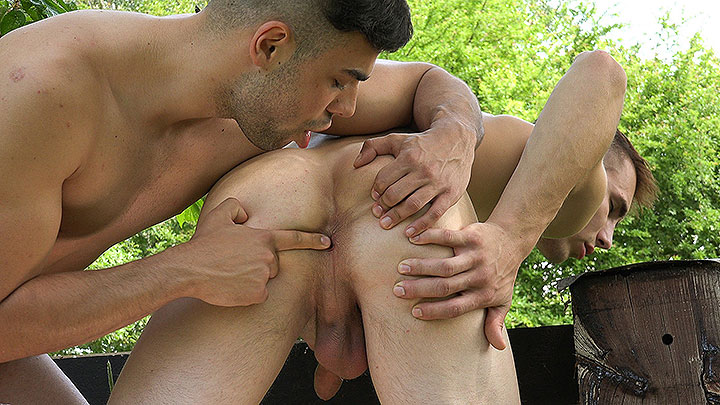 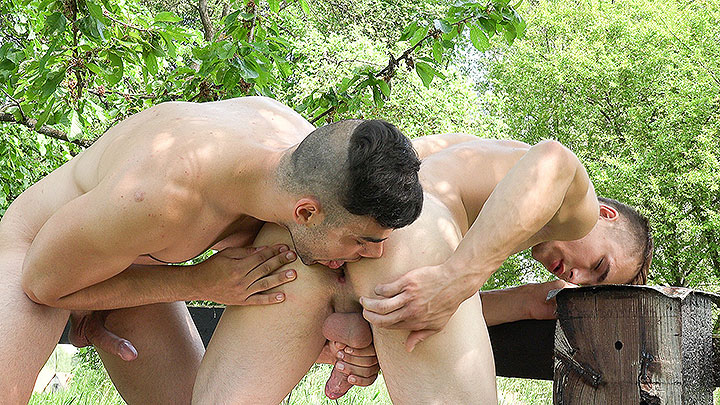 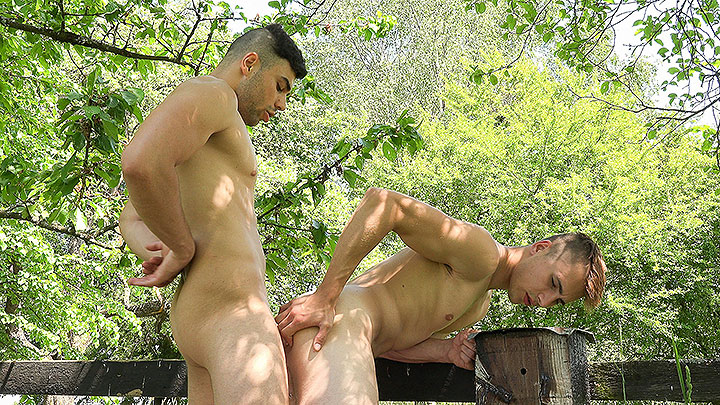 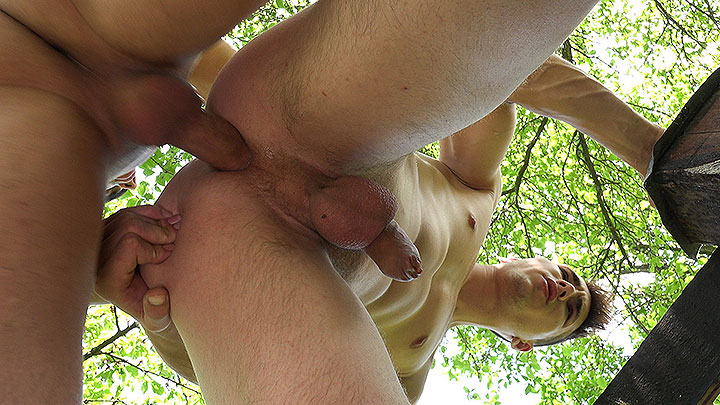 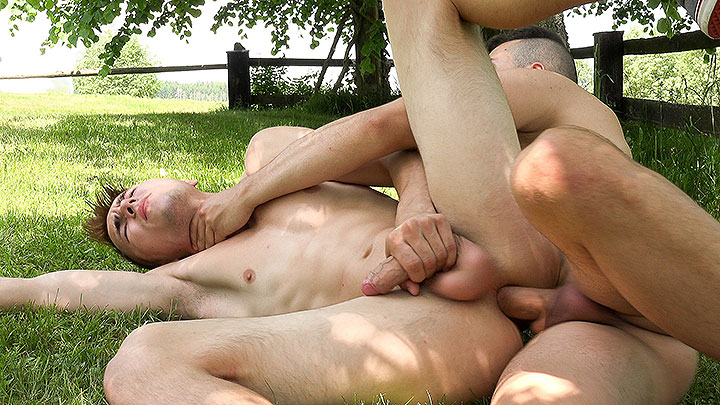 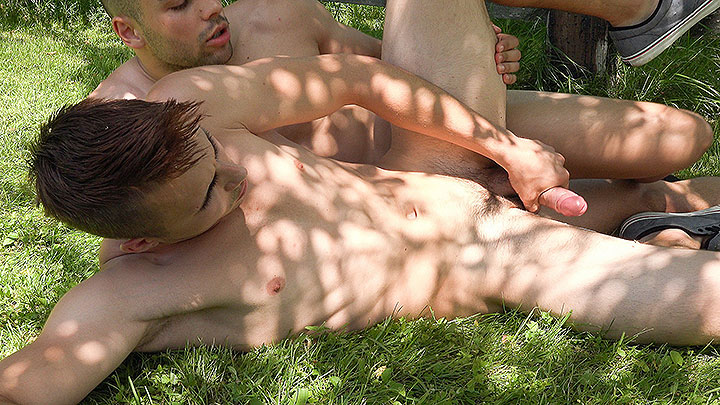 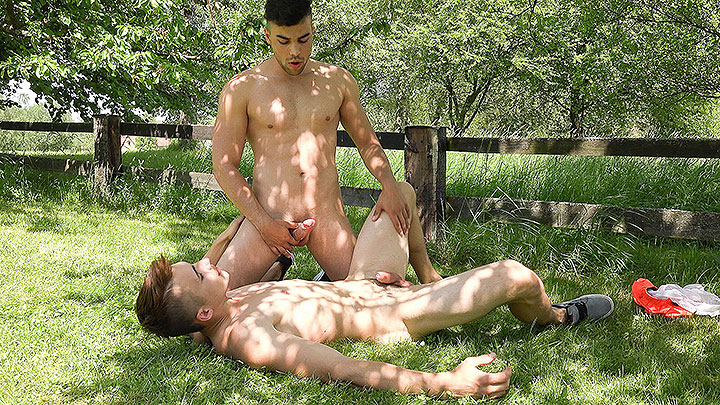 JOIN WILLIAMHIGGINS NOW TO WATCH THE FULL VIDEO OF PETR ZUSKA FUCKING HIS BOY IGOR TRAPAK IN THE GREAT OUTDOORS!