Another shoplifter gets caught in this episode from YoungPerps. And their mall cops have their very own ways of dealing with incidences like that.

The hunky and sexy mall cop quickly makes sure, none of his colleagues is going to disturb them. And then begins the interrogation. Gay boy tries to trick him with a fake id, but doesn’t get very far.

Of course the mall cop knows, what’s been stolen, and finds it totally perverted. But keeps on asking the boy, if he known why he’s in that situation and what he has stolen. There is no question this delicate situation turns him on.

It’s an easy game for the cop. He knows he will get what he wants. In the end, he has something much better then the boy tried to steal. A big fat cock that’s real and not out of silicone.

But the boy still tries to evade prosecution and attempts to run away. The mall cop won’t let him, though. And the boy ends up getting much more then he bargained for. 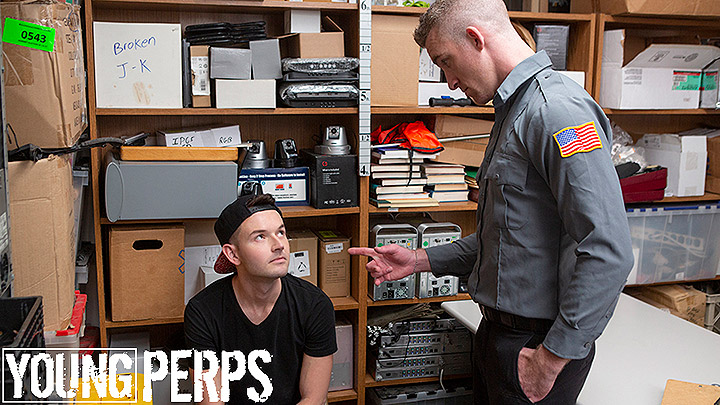 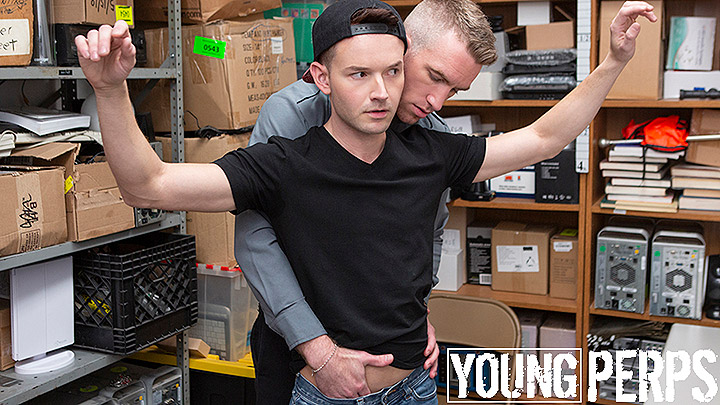 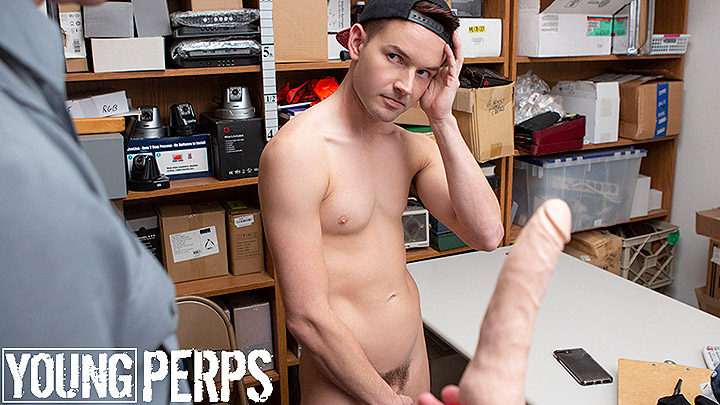 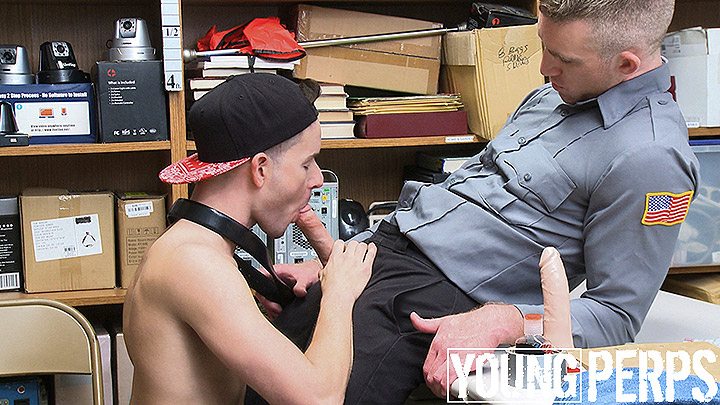 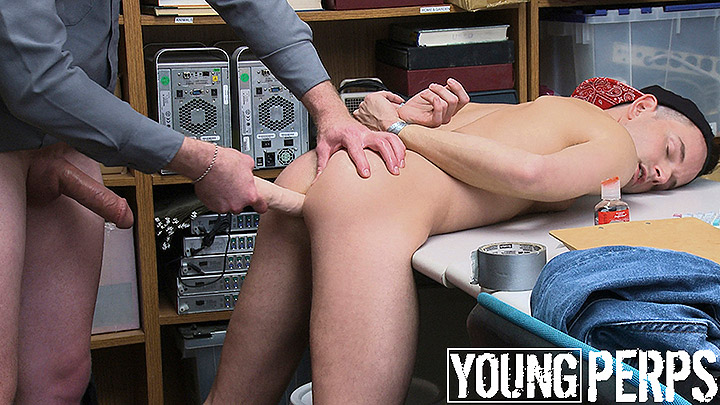 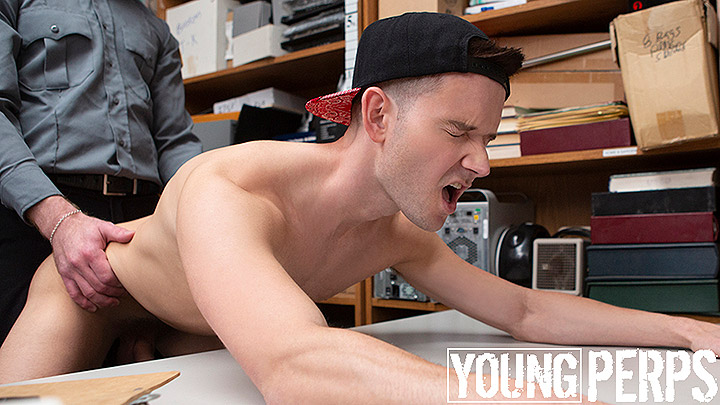 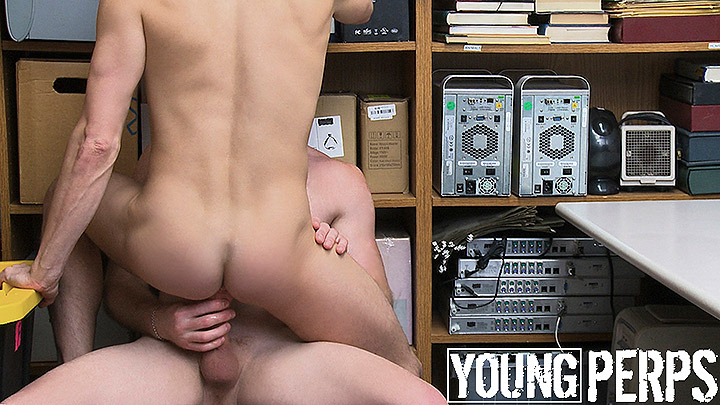 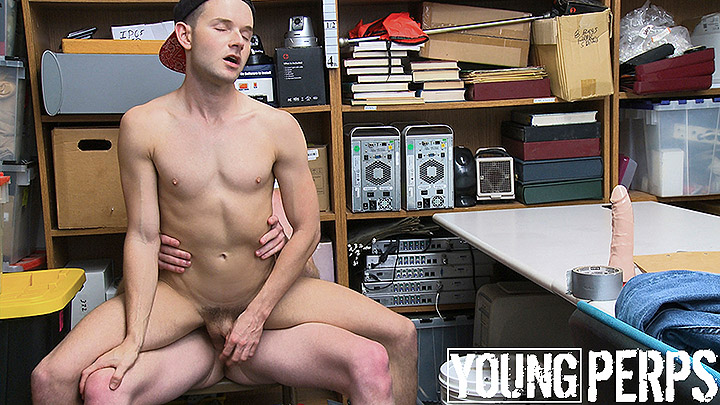 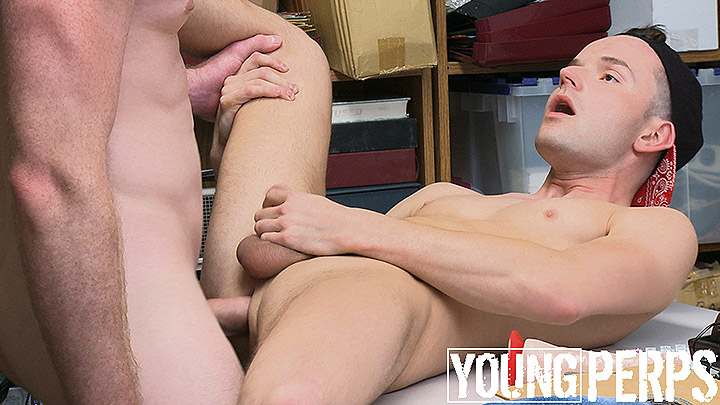 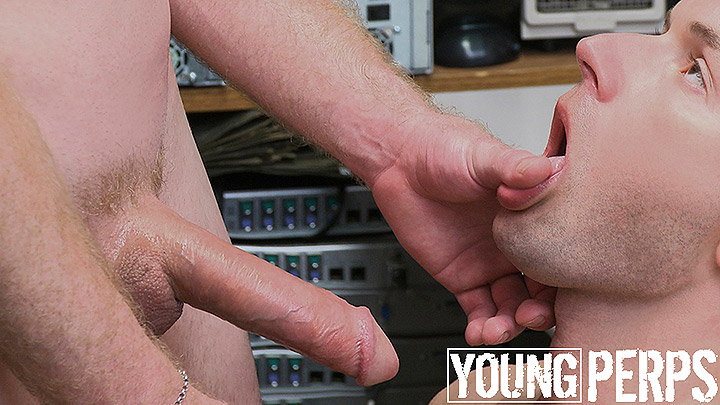