Great photoset from BentleyRace taken in a park in Berlin, Germany of young Russian muscle stud Kell Fuller this past summer.

Bentley comes to Berlin on a regular basis. There he can meet sexy local guys and from all over Europe. Who come there because of the city’s freedom and relaxed atmosphere. So relaxed, Bentley did this nude photoshoot of hot Russian muscle boy Kell Fuller in a public park.

The Tiergarten is a huge park right in the center of Berlin. And while public nudity is forbidden in Germany like anywhere else in the world, there is an area in the park where nude sunbathing is allowed. Right next to the gay cruising area.

JOIN BENTLEYRACE TO WATCH THE VIDEO!

And that’s where Bentley took these pictures of Kell. Of course, Kell is that type of naughty boy who loves to show off in public. And he sure has the body to do so.

Both guys especially enjoyed the part where Kell was riding around naked on Bentley’s bike. That muscle butt just looks so hot. Not much later, the jockstraps came off and Kell even started stroking his uncut dick on a park bench.

And apparently, they were attracting the attention of some sexy men cruising nearby as they trekked around the massive park looking for nice places to shoot. 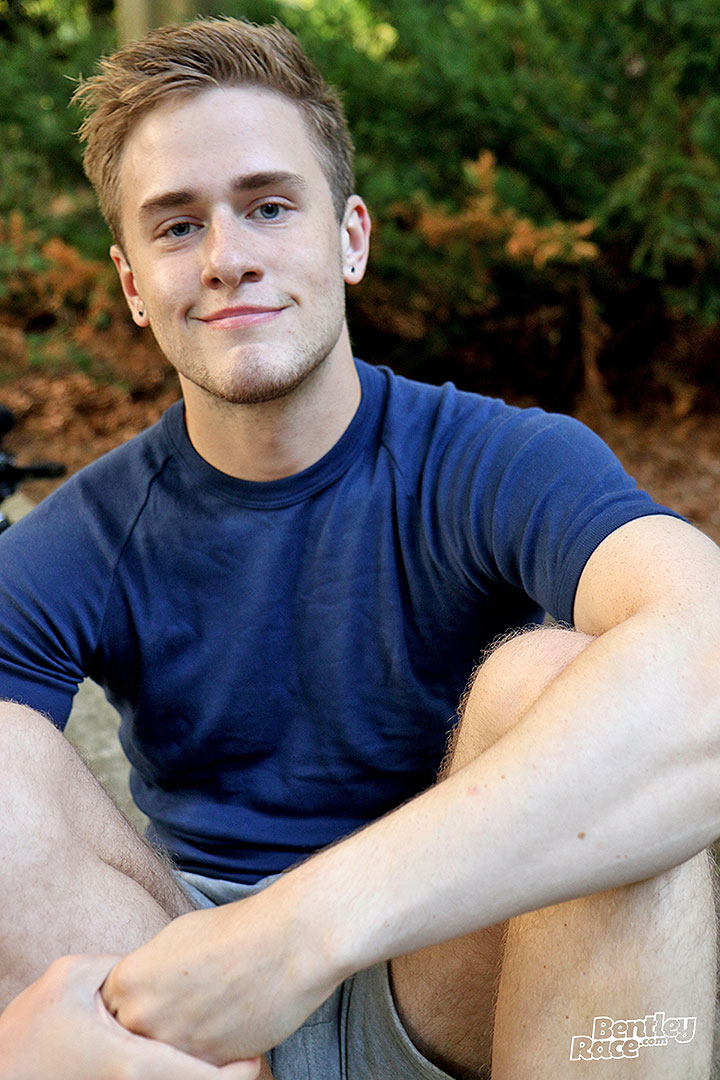 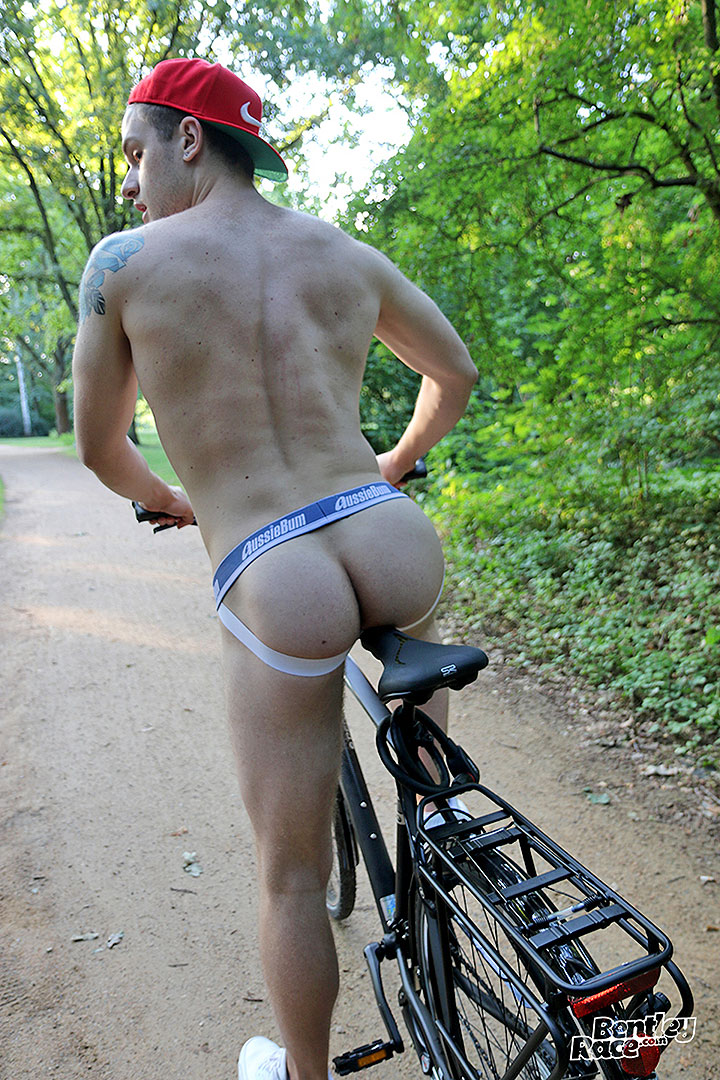 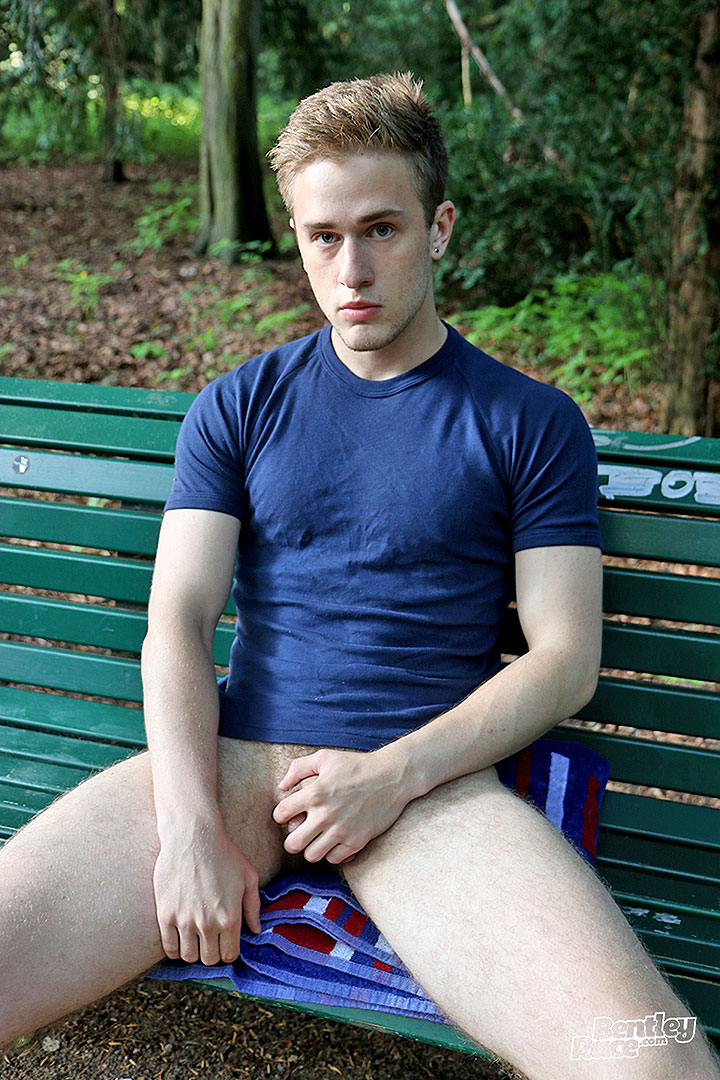 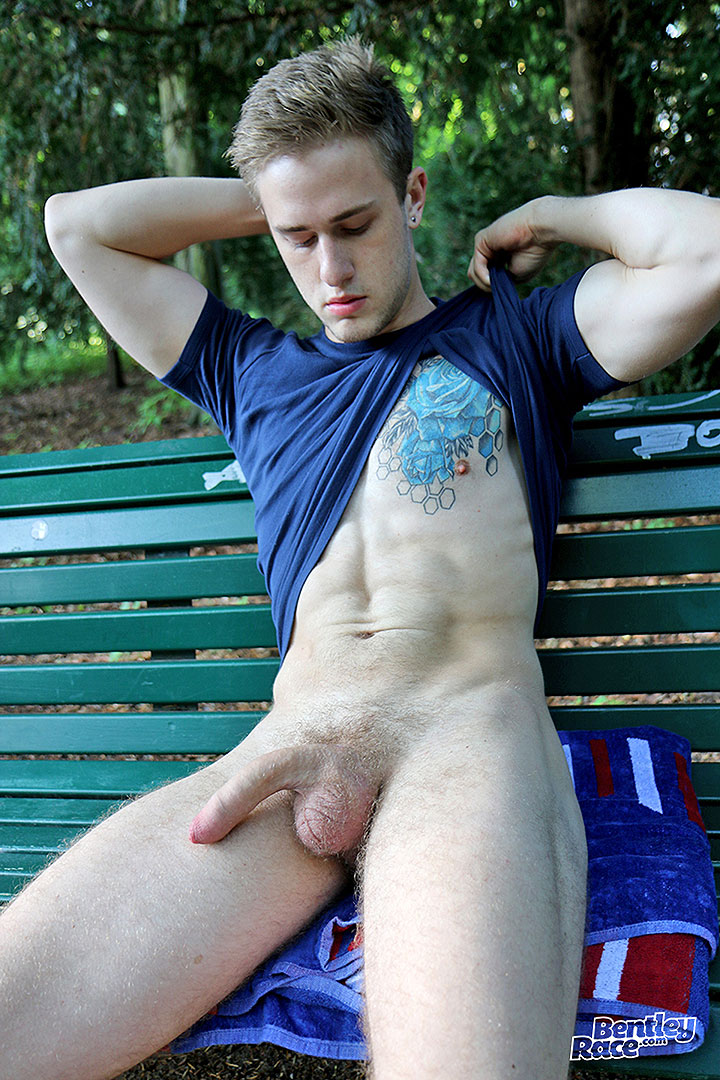 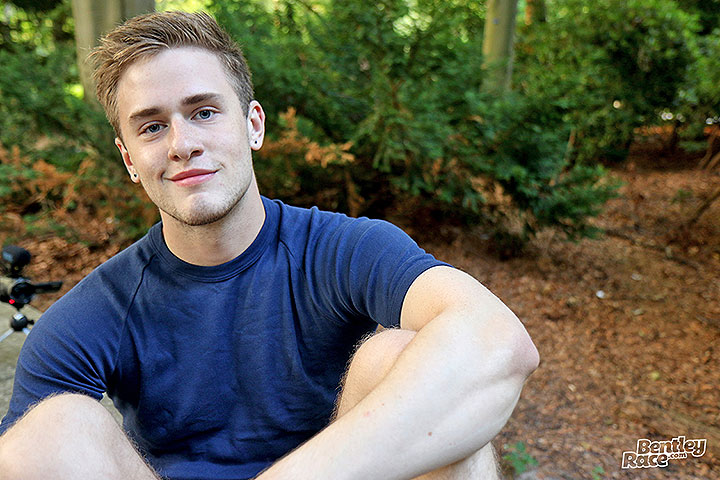 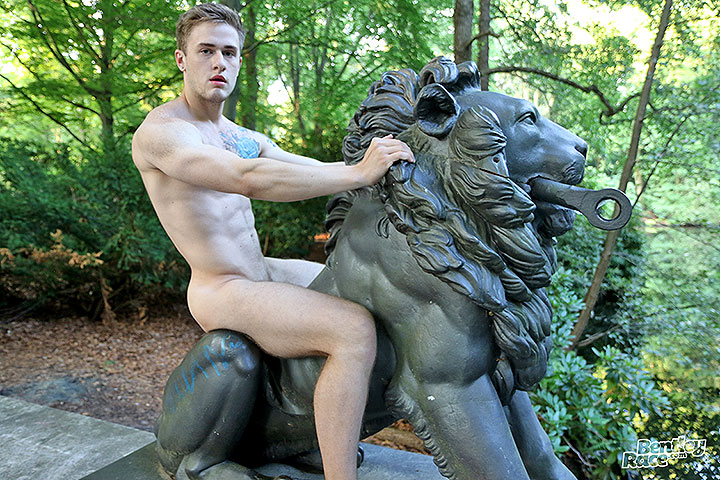 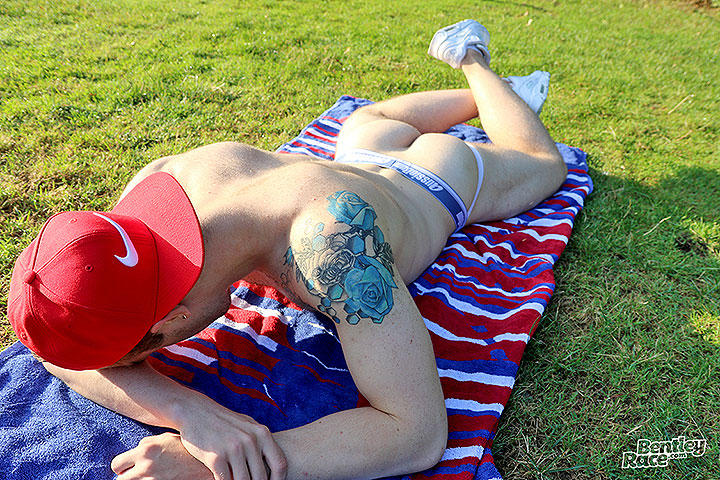 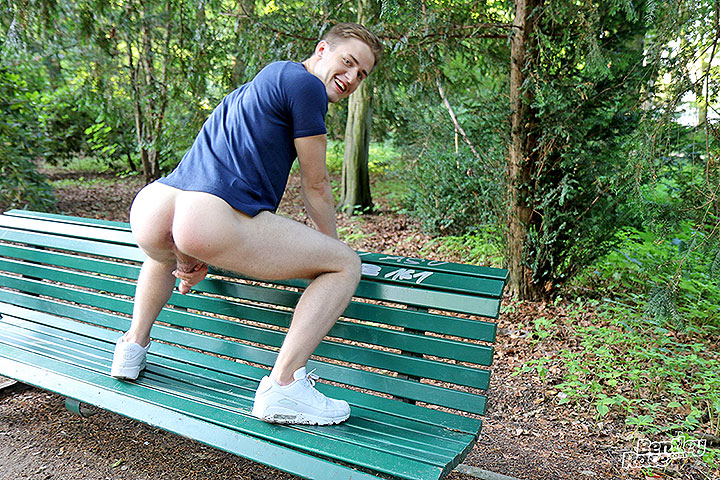 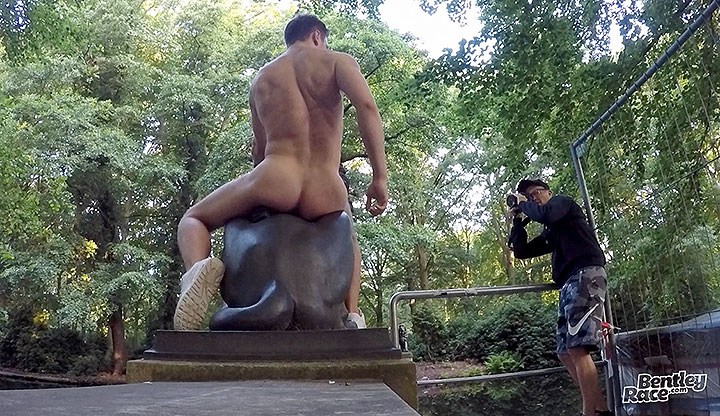 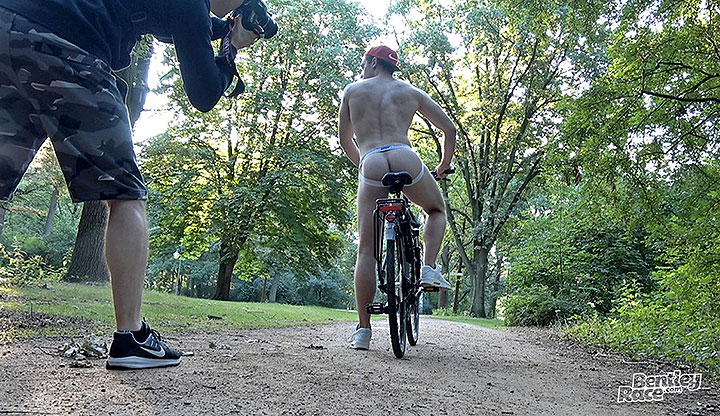 VISIT BENTLEYRACE TO WATCH THE VIDEO OF HIS NAKED PHOTOSHOOT OF YOUNG RUSSIAN MUSCLE BOY IN A PUBLIC PARK IN BERLIN!