Very hot bondage and fetish video from Str8Hell, a sister site of WilliamHiggins, featuring a bound up twink called Alan Hemar and a masked muscle hunk!

So Str8Hell is the fetish devision of WilliamHiggins. They update twice a week and have a wide variety of themes. Bondage videos like Leo Dinar & Alan Hemar are called Duty Bound. Other themes are spanking, ass play, cfnm, wrestling, airport security, raunchy, young offenders.

Their models are from the same pool as those on WilliamHiggins. Almost every WilliamHiggins regular sooner or later appears on Str8Hell. Those Duty Bound videos are usually filmed in some ancient vault. Definitely looks like an old dungeon. And in this scene, lots of chains are hanging from the ceiling.

I don’t know what young Alan Hemar did to deserve this. Or what got him into this situation. Bound and gagged and totally nude, he’s waiting for what’s going to happen. Then a masked hunk walks in. His torso is nude and very muscular. He wears army pants and a hood over his head. Almost looking like a mediaeval executioner.

You can tell young Alan is afraid. But nobody has to die here. The masked hunk just wants to play with the young punk and have some fun. Soon, he grabs for Alan’s private parts. And there is nothing Alan can do to stop him from touching his cock and balls.

And, this is sort of embarrassing, Alan gets a boner. This encourages the hunk to stroke the boy’s hard throbbing cock. Alan feels abused, but also aroused. Now his hands are freed and the hunk grabs Alan’s head and pushes it into his crotch. Alan doesn’t have choice but has to suck the hunk’s big growing cock. 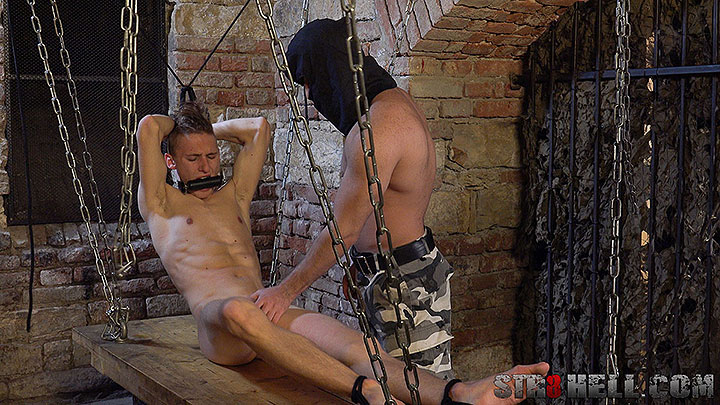 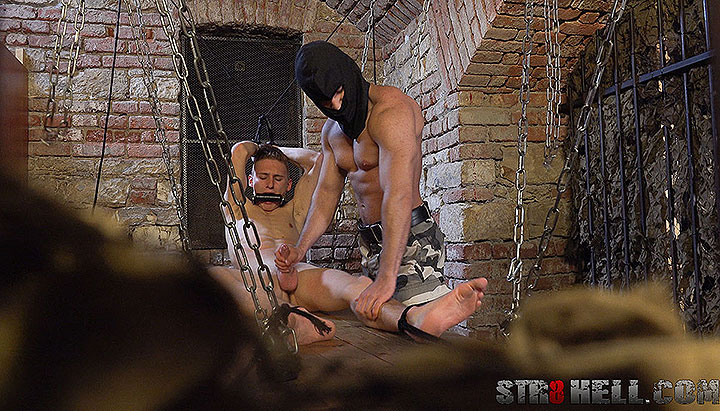 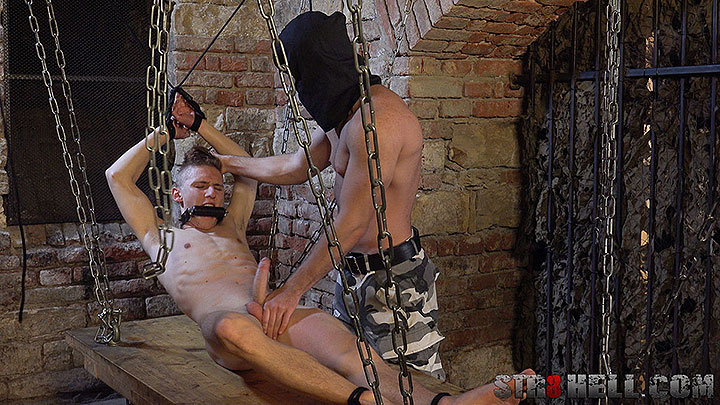 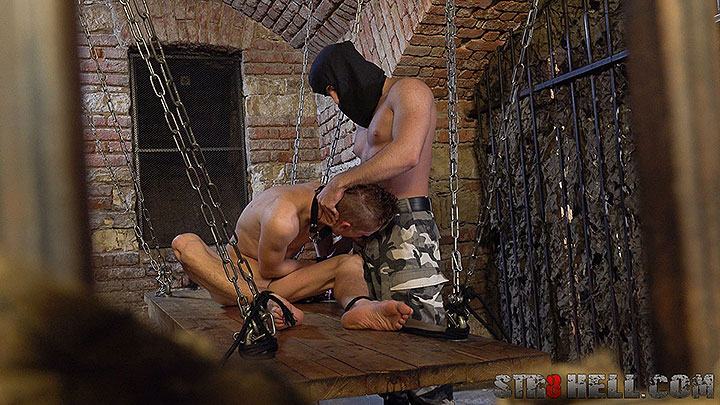 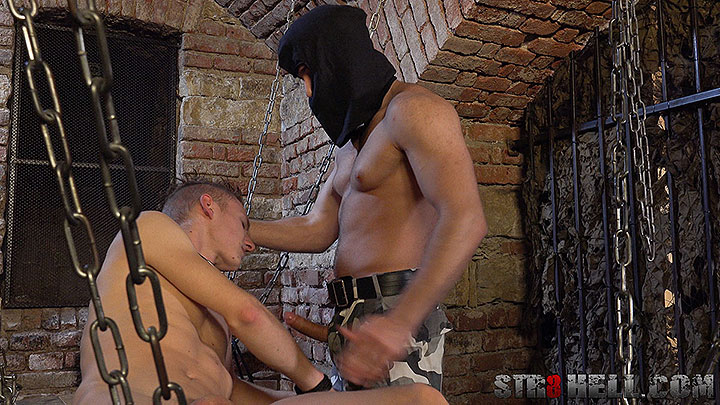 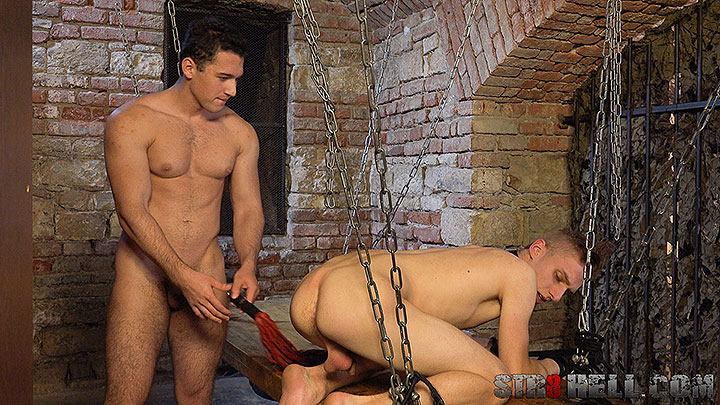 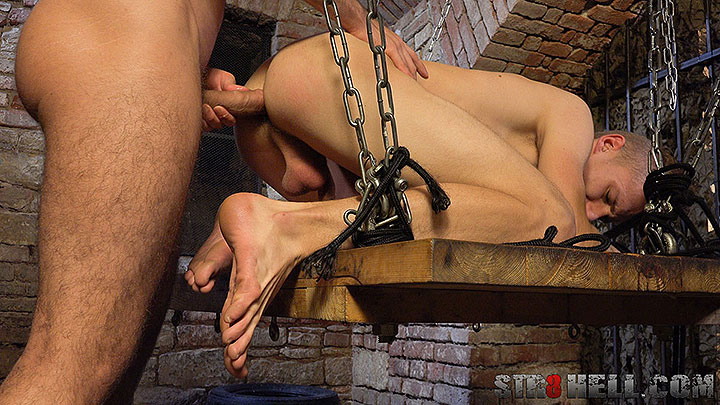 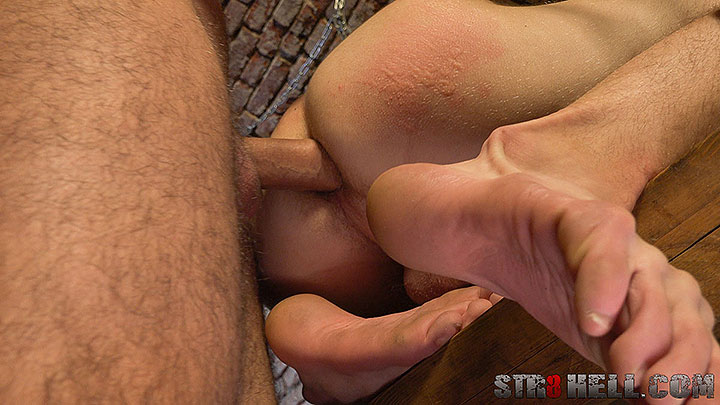 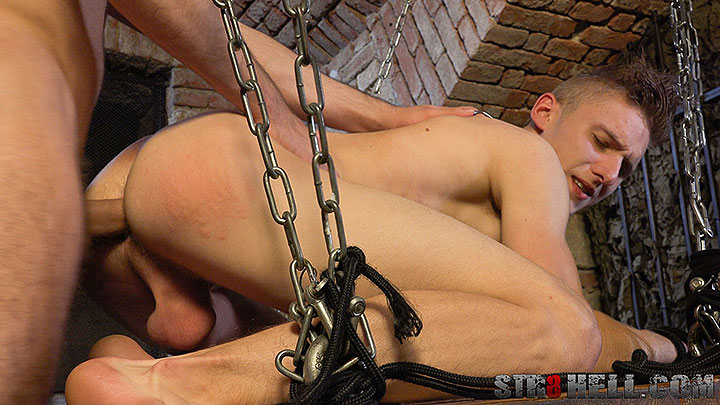