Today I am bringing you a super hot 18 year old newcomer from EastBoys, ripped muscle boy Jared Shaw, in a so called workout video, released a few days ago.

And because I am so excited about this new talent, I am going to bring you even more about Jared Shaw the following days. You can even expect daily updates on him. Unless of course, I am too busy with other things like working.

JOIN EASTBOYS TO WATCH ALL VIDEOS OF JARED SHAW!

Jared says he’s 18 years old and he’s from Bucharest, Romania. In another video he says, he’s bisexual (sometimes I like boys, sometimes I like girls). On his cam site though, he says he’s 20 and his sexual orientation is gay (see here).

From the gif below, you can probably already tell that Jared doesn’t only know what he does when it comes to working out (I have a great metabolism), but also when doing cam shows.

And from watching a few of his videos, I can tell you that Jared doesn’t only like the male physique, but especially his own. There is something very sexy about a young man being very self confident and well aware of his attractiveness.

To be honest, there isn’t much woking out here. He’s pumped to start with, shortly uses a barbell, then a dumbbell to pump his biceps even more, does a handstand and a little triceps workout.

But there is lots of showing off and posing. And to be honest, there is a lot to look at. He has a very positive energy, enjoys smiling, and btw, Jared speaks perfect english. 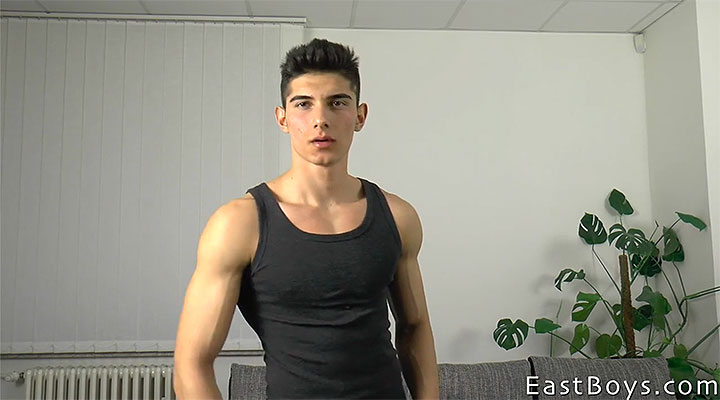 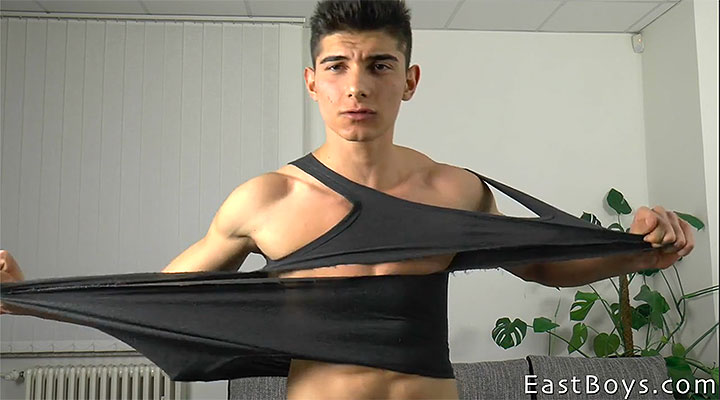 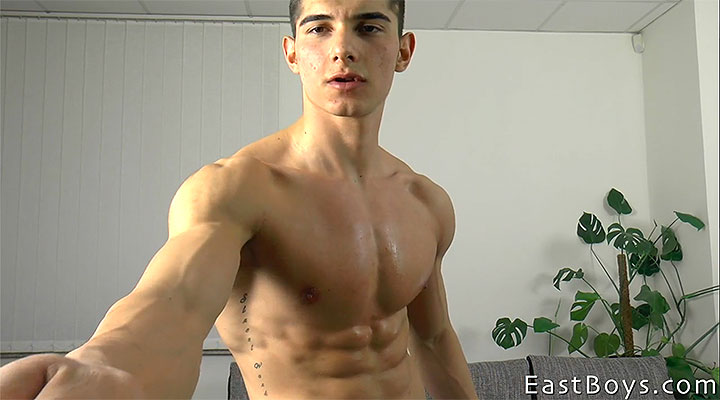 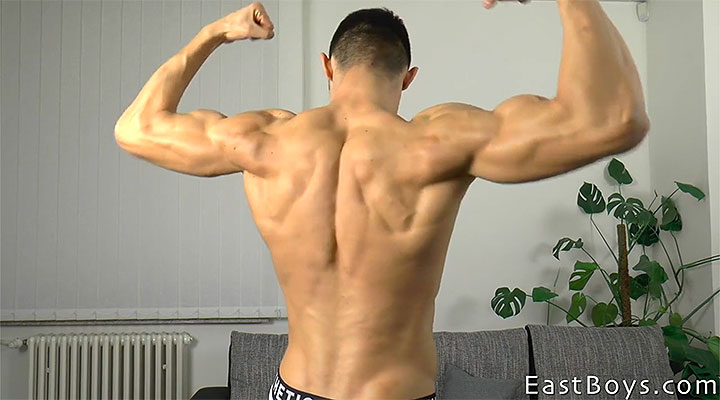 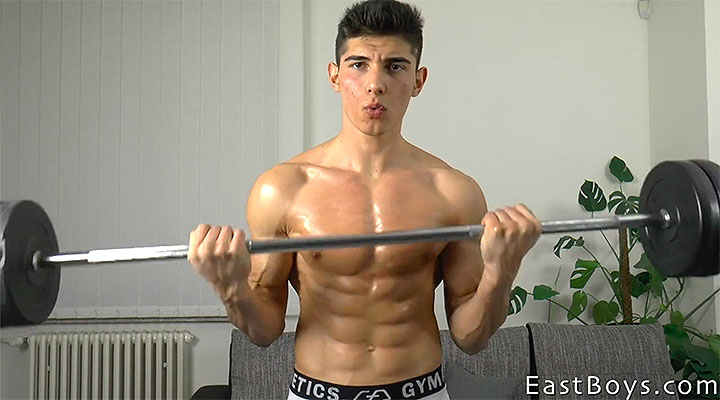 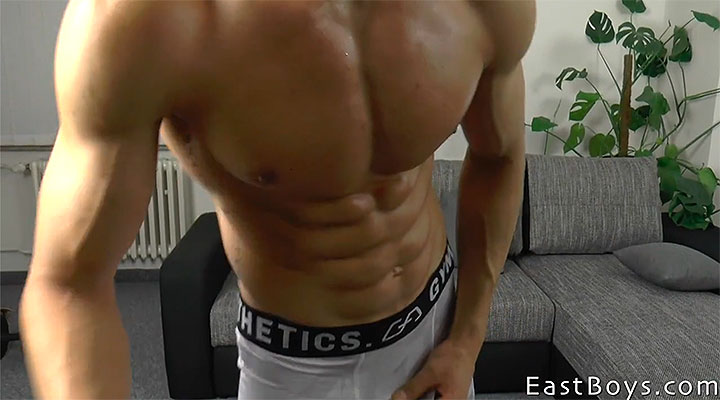 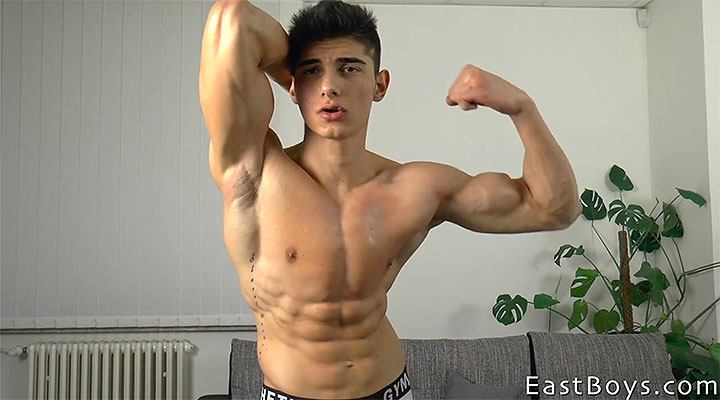 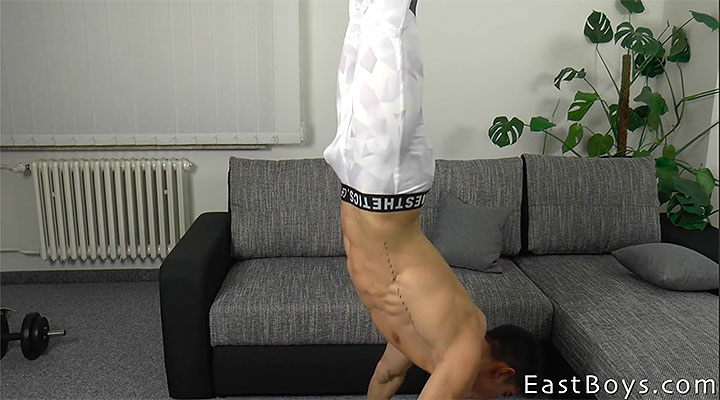 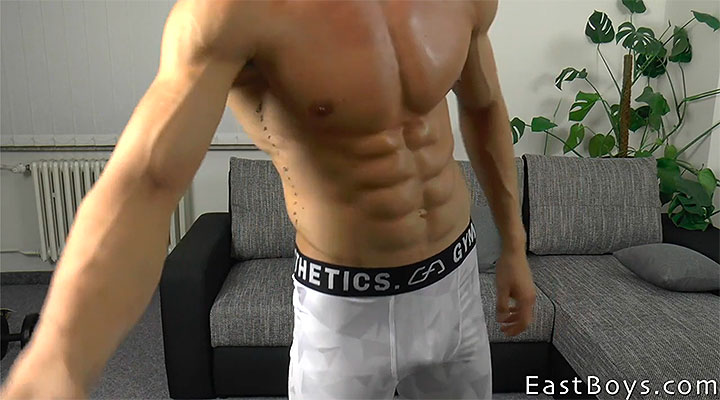 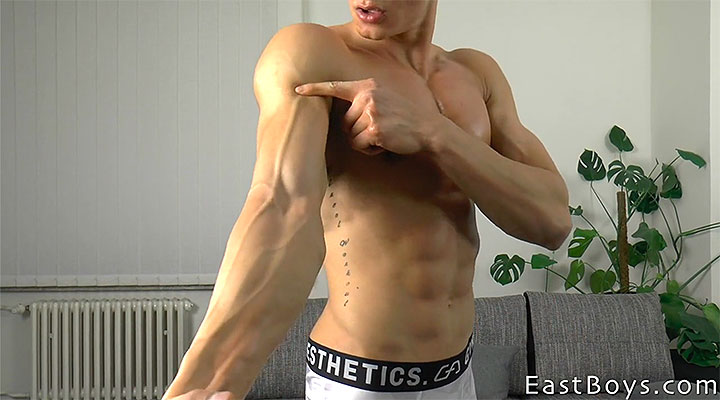