Claudio is a new top they introduced earlier this month in a scene with Andy Star (see here). He’s a mixed Cuban stud with a thick and uncut 9 inch cock. His fellow top here is Francisco Sants, a Spanish guy and TimTales exclusive.

With 22 scenes in 2 years for TimTales you can easily say, Jonathan has had them all. His ass sure can tell us a story about who was the biggest, who the hardest, and who the best fucker.

And it’s not surprising that his hole is all nice and sloppy after all those massive cocks. You can find more of his scenes here and on my other blog BlackisBig (see here).

These three way scene always seem to have a special dynamic. It looks like the tops compete against each other, to show off who has the better skills. Jonathan doesn’t seem to mind. In fact, he’s probably enjoying it. 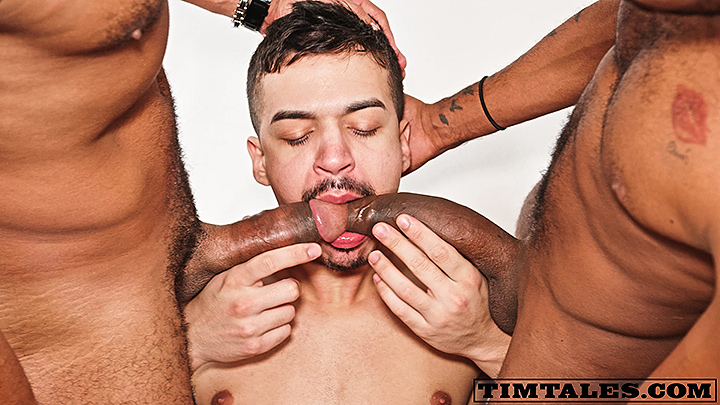 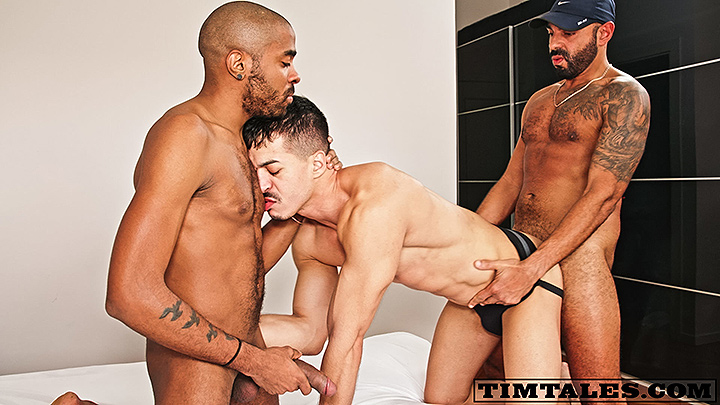 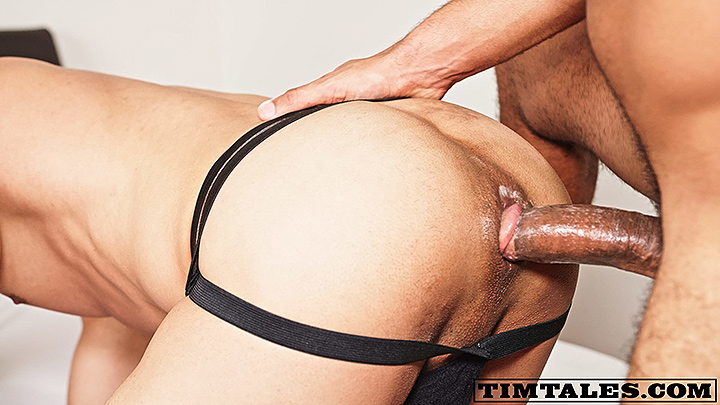 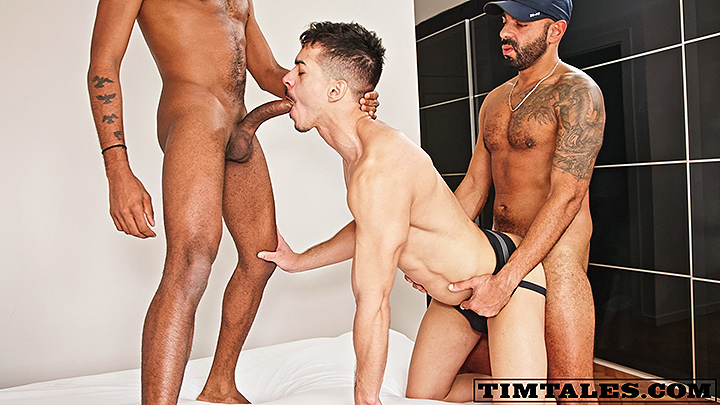 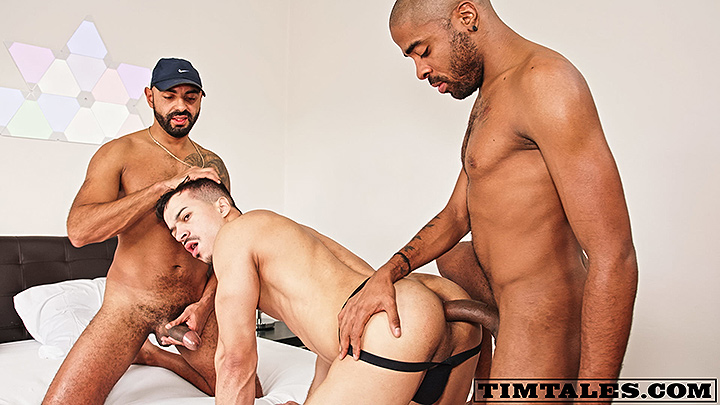 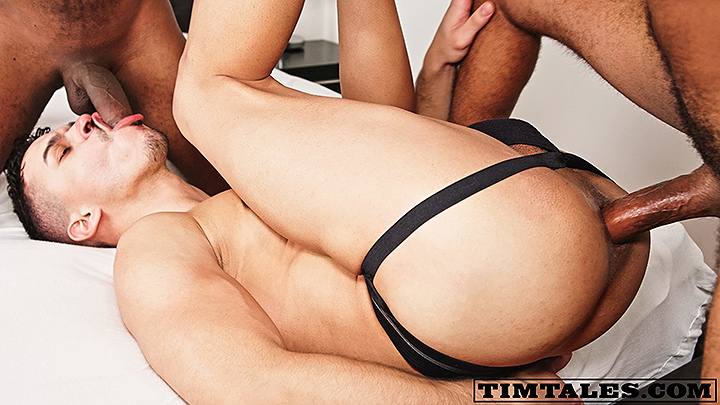 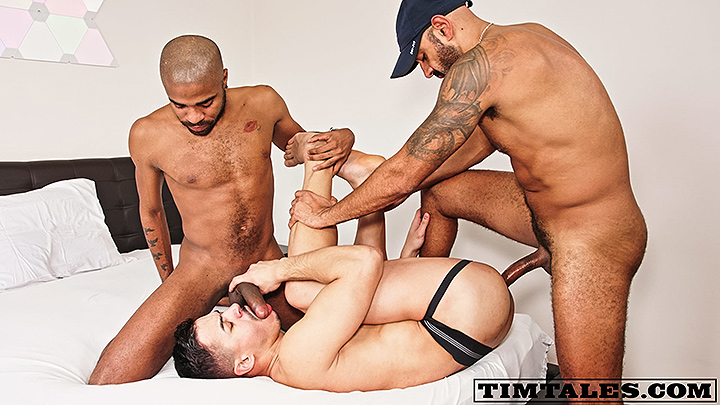 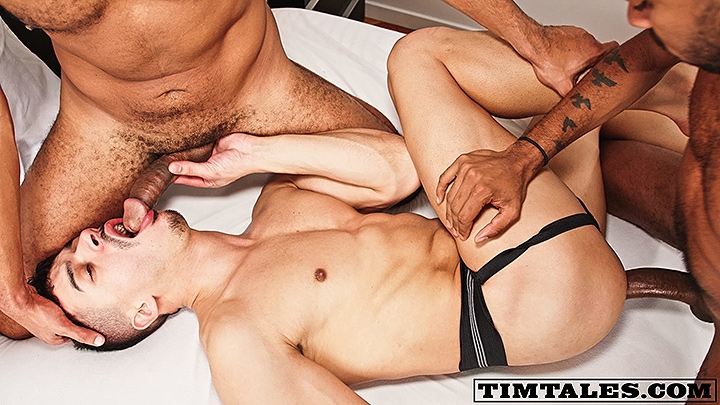 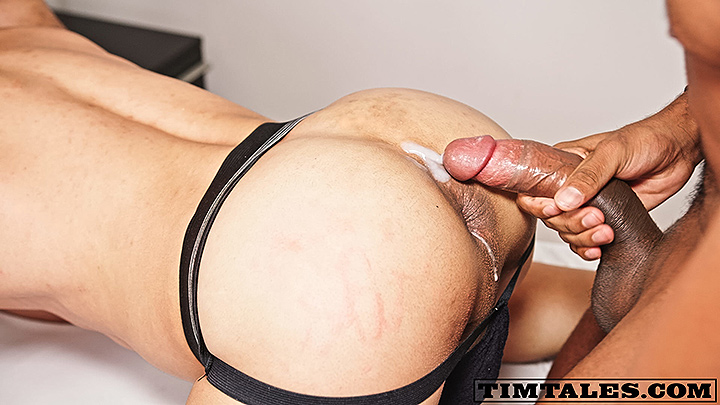 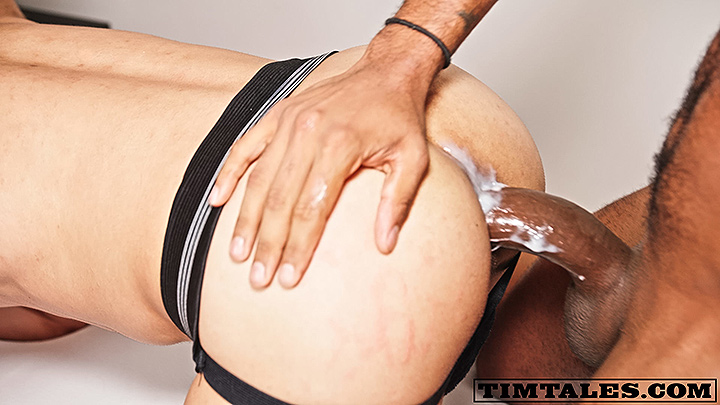